A significant body of research exists to suggest that beta-alanine may significantly increase muscle power output, strength, training volume and output, overall performance in hypoxic (oxygen-deprived) conditions and peak VO2 max (oxygen holding capacity).
These myriad benefits make beta-alanine both one of the most-studied, and most well-rounded dietary supplements. Beta-alanine not only has direct, actionable physiological effects, but also promotes critical muscle physiologic adaptations that promote its own effects.
BCAA’s may reduce total muscle soreness after intense resistance training, and/or further delay its onset. Decrease muscle recovery time between bouts of intense resistance exercise training. Increase lean body mass when used daily, in conjunction with diet and exercise.
Citrulline’s benefits have been shown to be greater than its parent compound. While arginine undergoes direct hepatic (liver) metabolism through the enzyme arginase, citrulline bypasses hepatic metabolism entirely and it is delivered straight to the bloodstream. The result is that gut absorption and plasma (blood) bioavailability studies comparing citrulline and arginine have shown that citrulline is less readily destroyed and has greater absorption than arginine.

There are no reviews yet.

Added to wishlistRemoved from wishlist 0

Added to wishlistRemoved from wishlist 0
$59.99

Add to cart
About Us

Body&BrainFitness is an online store where you can find the best Amazon health & fitness products.

We know that it is hard to find the awesome products on Amazon that suits your needs best. You spend hours if not days researching your desired product on Amazon but none fits your needs. We are here to help you. 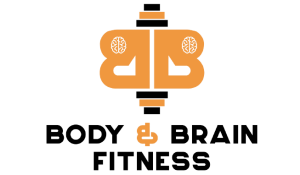 Affiliate Disclosure: As an Amazon Associate, we may earn commissions from qualifying purchases from Amazon.com. You can learn more about our editorial and affiliate policy.